Chances are you’ve heard “baby rattlesnakes can’t control their venom”, or something along those lines whenever the topic of rattlesnakes come up.  An interesting fact we always end up telling people who mention that is that the actual the statement is is untrue. Now, this does not remotely make baby rattlesnakes less dangerous than adults – but venom wise, the impacts from a bite from an adult could in fact be worse. More on that later.

Vastly contrary to this folklore, adults may in fact have more potent venom due to the increase in size of prey as the snakes grow. Keep in mind, juvenile rattlesnakes typically begin consuming lizards – a big step down from the rats, squirrels, birds, and even small rabbits adult snakes can successfully hunt. Aside from predatory hunting bite, a bite’s venom dosage may vary quite a bit by the snake and the situation.

A snake that puts a lot of force into a strike may inject a larger quantity of venom, which you’d generally expect to happen to a prey animal when it wanders past the snake where it’s set up shop to ambush any critters that go wandering through. Bites to humans occur a lot of the time due to direct contact, such as stepping on or grabbing a snake. This doesn’t leave a whole lot of room for the snake to reach out and gain momentum – momentum that can be used to contract the muscles that squeeze on the venom glands, sending venom into the puncture wound(s) (sometimes one fang will make it in). This is the case for young and old snakes, so that variable makes envenomation/dosage equally as dangerous throughout the ages of rattlesnakes, with the potential for some bites to be worse than others.

A bite from an adult can be more severe


Research from Cal Poly SLO, in conjunction with hospitals treating snake bites, suggests that a bite from an adult rattlesnake may result in a more severe reaction. In fact, a bite from the largest rattlesnake over the duration of this study resulted in the longest hospital stay and the highest Snakebite Severity Score by 3 points. Furthermore, adult rattlesnakes tend to deliver the ‘wettest’ bites, potentially with venom payloads 100x that of a juvenile. This is because the maximum amount of venom a young rattlesnake can hold in its venom glands is significantly less than that of a large adult, with much larger venom glands proportionate to their increased body mass. 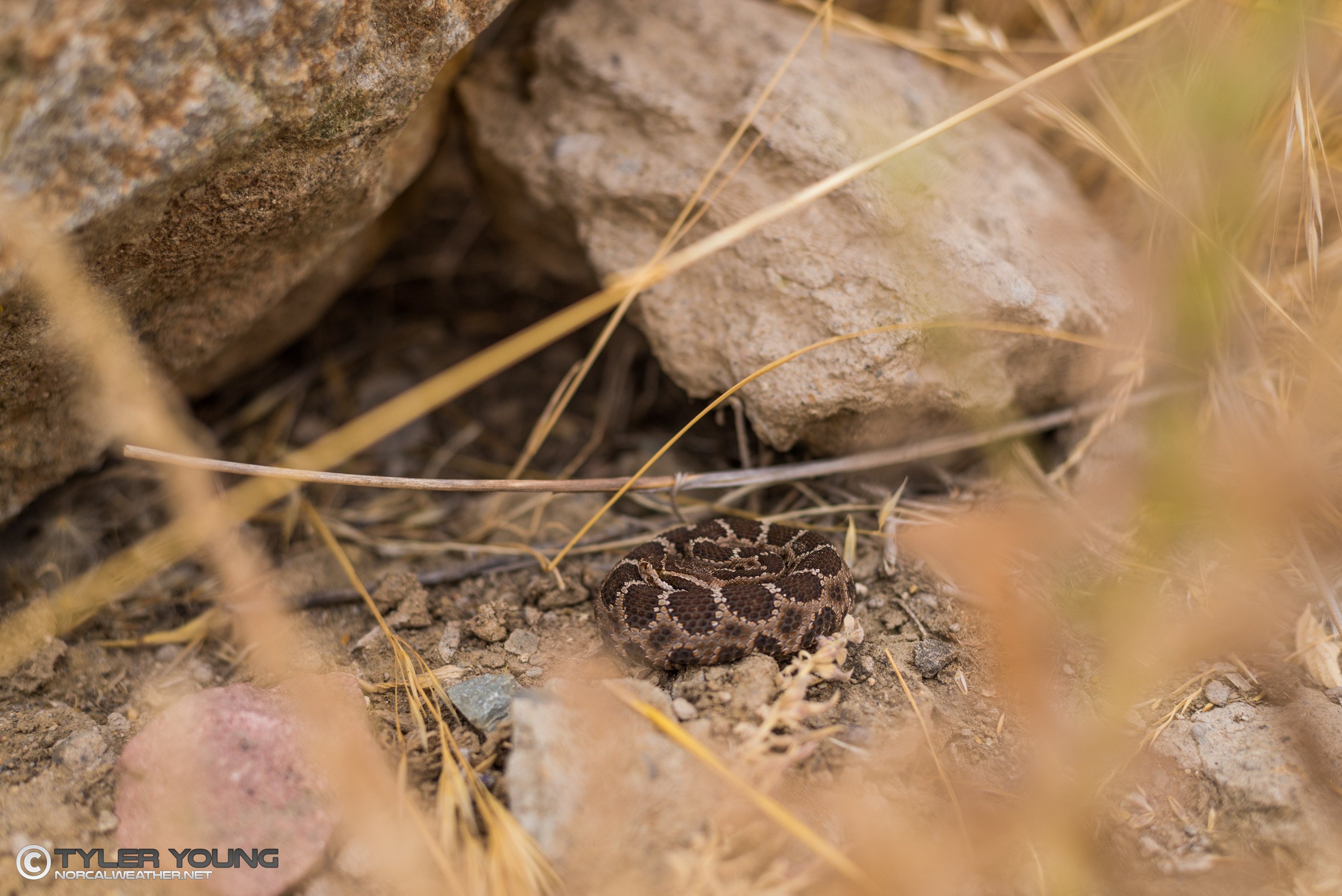 A neonate rattlesnake hanging out outside of some boulders on a cloudy, breezy afternoon.

What can make a juvenile rattlesnake a bit more dangerous

There is something that could make younger, smaller snakes more dangerous than adults, and that’s the sheer size of them. They’re small. Tiny. Rattle worms, as I call them when they’re very young. They’re small enough to fit into very small gaps and under objects a big snake could only dream of fitting under (or perhaps not). They can slip under leaves easily, hide in very small gaps in concrete, and basically anything else with enough space to fit a little coiled ball of snake.

This makes spotting them much harder to spot over, say, a 3-foot rattlesnake on the prowl, or even coiled up. Very young rattlesnakes may also not be in-tune with the environment they’re in, so they may wind up in places bigger snakes avoid, sometimes in open, inconspicuous places. Older, more alert snakes tend to avoid the open, as they know it can leave them vulnerable, but young snakes won’t have that knowledge until they realize what’s lurking out there in the world. 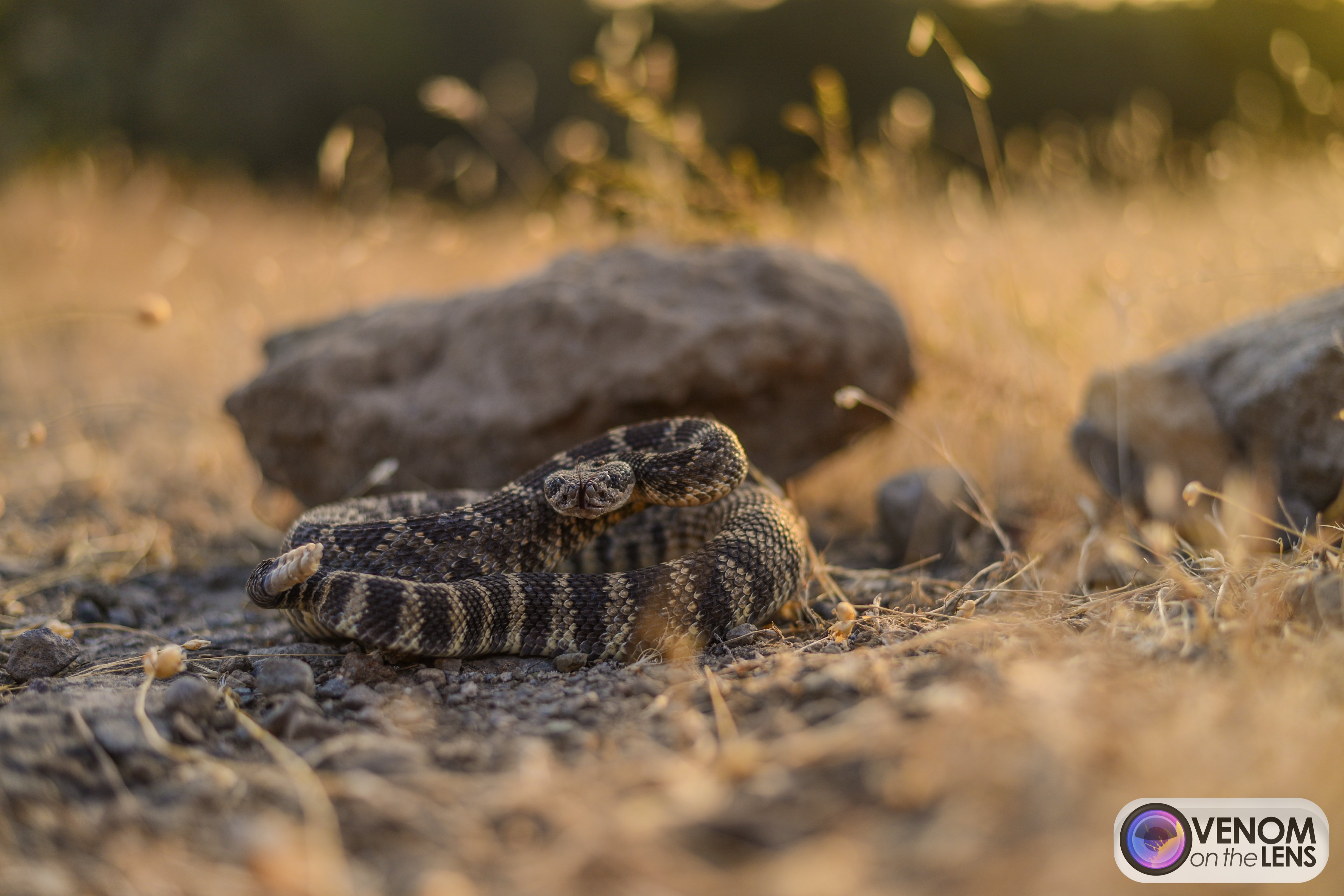 To summarize, young rattlesnakes are no more dangerous venom-wise compared to an adult, with a bite from an adult potentially more dangerous according to some research. The amount of venom a snake injects into a wound/bite varies by the situation, and there’s a lot of potential situations. This creates the potential for any bite to be equally as dangerous, with some bites having potential to be worse than others, again, depending on the situation.

The small size of young rattlesnakes can make them more difficult to spot, which can be a hazard in itself, as very young snakes can hang out in a wide variety of places with ease. Larger snakes require larger objects to hide under, and try to stay out of sight, while small ones haven’t figured out there’s things out in the world that may want to get them. All in all, watch you step, don’t grab for leaves in snake-prone areas, don’t put your hands where you can’t see, don’t grab snakes if you’re unsure of identification. Always keep in mind, that snake isn’t there to hurt or mess with you.