Placer Snake Removal will be entering its 5th season in 2016, and it’s been a thrill to work with so many people and snakes, with hopes that next season we continue to become more well-known and easier to find. Beginning now, but more prominently for 2016, Placer Snake Removal will begin to offer our operational services well outside the Placer county region. While the more distant regions won’t quite be workable on an emergency basis due to the distance, scheduled property work will be offered for those with notable rattlesnake issues. The expansion of the service area is directed towards those with fairly large properties, or properties that have significant rattlesnake populations that are interfering with residents, pets, or other issues that make it hard to try and live alongside the snakes. So while we may tell you to hold off if it’s just one rattlesnake you’ve seen, if you have seen many and have lots of excellent rattlesnake habitat on your property, this is a perfect instance in which we can and will offer our services.

The reason we’d likely have to turn down a service request that features perhaps just one rattlesnake sighting is due to the aforementioned potential distance from our base location. At the furthest, it could be a 3 – 5 hour drive to the furthest location, more than enough time for a rattlesnake to escape and be long gone. Now, if you have seen multiple rattlesnakes, and have property that features perfect rattlesnake habitat, we could set up a date/time to sweep through the property/hotspots and remove all rattlesnakes discovered. Prime habitat features include boulder formations, rocky outcroppings, mixed woodland with rocky areas, man-made shelter such as barns, sub-floors (space under homes), wood piles & debris, and other objects that make sturdy cover for animals and rattlesnakes to shelter. Sure, rattlesnakes can be found wandering out and about in the open, but there must be some place of residence nearby to sustain a population of multiple rattlesnakes – which is where the most time and targeting is placed, directly at and in the near vicinity of the place rattlesnakes may directly reside. 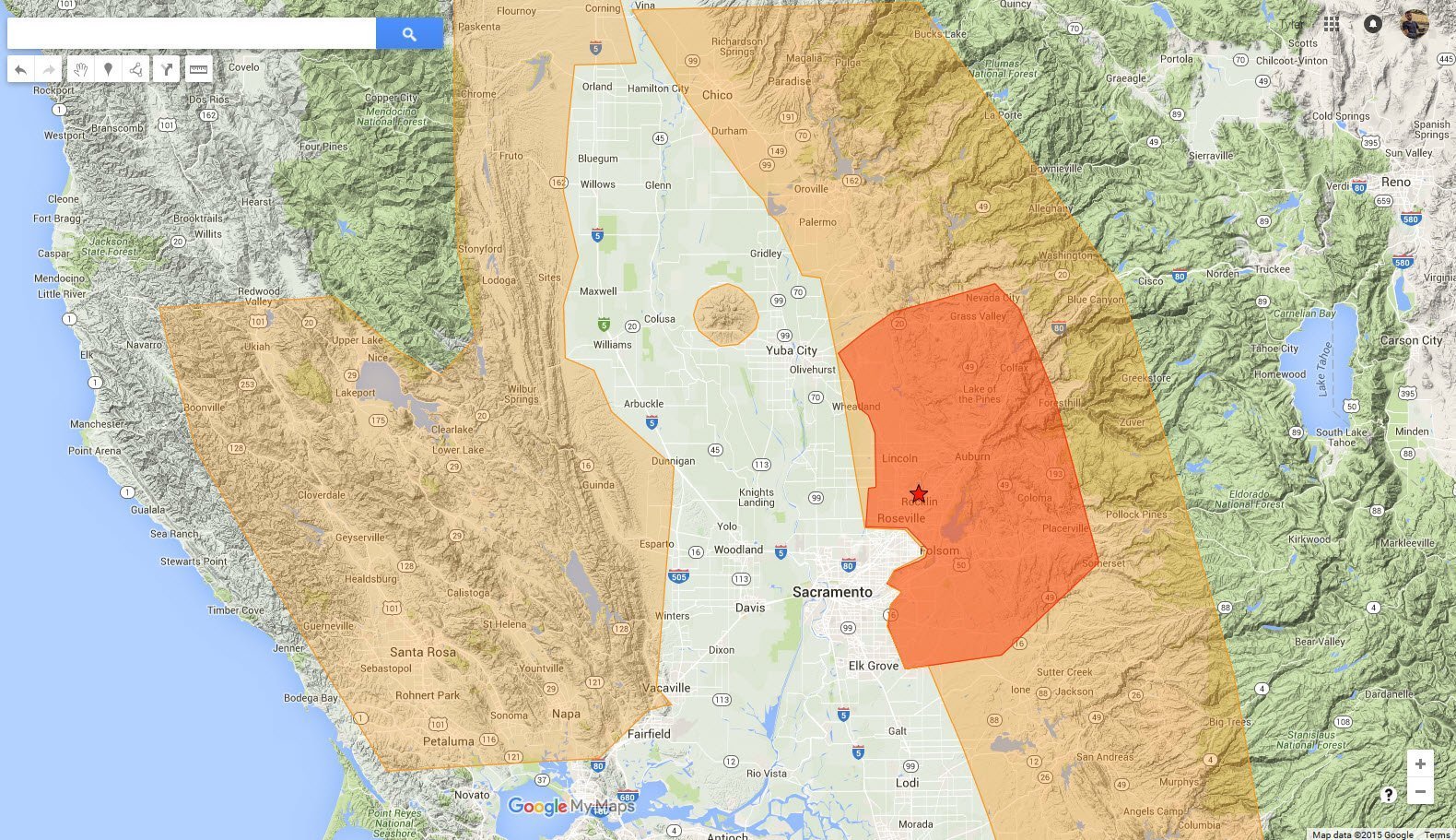 The expanded response zone goes as far north as Tehama county, as far west as Sonoma/Mendocino counties, and as far south as Tuolumne county. The central part of the Sacramento valley is left out due to little to no rattlesnake populations left, as most are on the east and west fringes of the valley, up into the foothills and mountains. The only place in the middle of the valley rattlesnakes are most likely to reside is the Sutter Buttes, as well as some places along the Sacramento River, mainly in the north end of the Sacramento valley. Elsewhere, much of the valley is flat and home to agricultural land – which is not suitable for rattlesnakes and their specific needs to survive.


Our goal is to safely relocate as many rattlesnakes as possible to avert people feeling the need to kill them off. While it isn’t easy or logically possible for there to be “emergency” response to places hours away, the offer of by-schedule property inspections & removals is made in effort to present this option to people who need this type of service – and give rattlesnakes a chance in places that are so used to not having the option.