Is it Normal for Rattlesnakes to be out in February?

Almost every year, the media and other sources blast over the airwaves that rattlesnakes are out earlier than normal, when in fact it is very normal for snakes to sneak out of the dens whenever it’s warm in the winter. Take this week for example, temperatures will be reaching the low to mid-70s across much of the region for more than a week straight — which are perfect temperatures for reptiles to be active. However, overnight lows remain on the cool side (40s), and this keeps snakes close to their dens to retreat overnight. 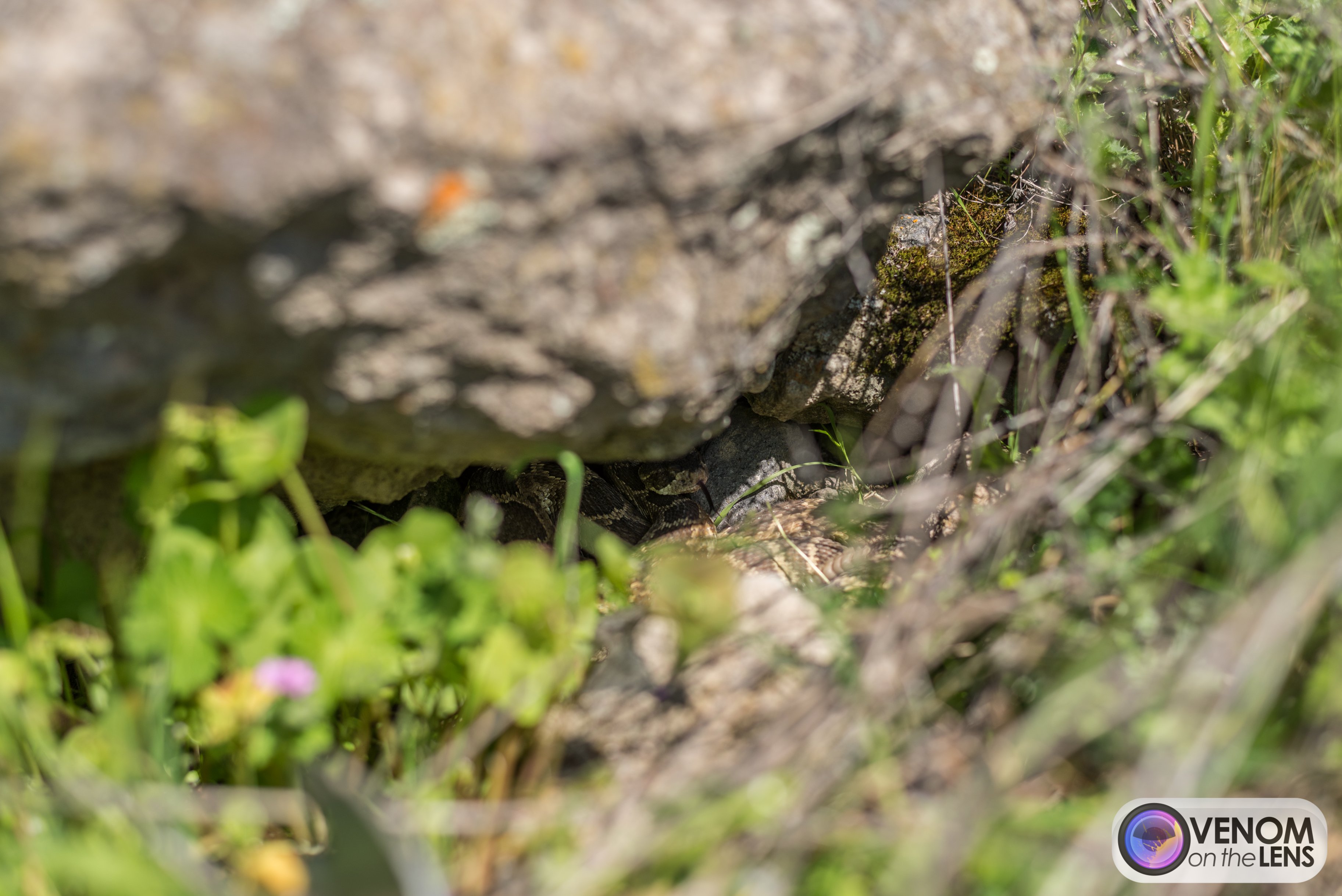 If you’re looking in the shadows of the pictured rock, you’ll notice a cozy rattlesnake hanging out on an early spring day.

What kind of activity occurs near rattlesnake dens during mid/late-winter warm spells?

This week, rattlesnakes will be getting some sun and enjoying the spring-like weather just like most of us humans will (despite the worry of drought returning). Given the duration of this warm spell, some snakes will have enough time to catch a meal before temperatures cool back off or potentially even try to get an early start at finding a mate or two. If they don’t succeed at finding food or a mate, they’ll still have plenty of time once spring arrives in full force.

Often times when I personally check some known den sites in the Rocklin/Lincoln region during February – April warm spells there’s a good amount of snake activity going on throughout the rocky hillsides I often photograph and document rattlesnakes in. 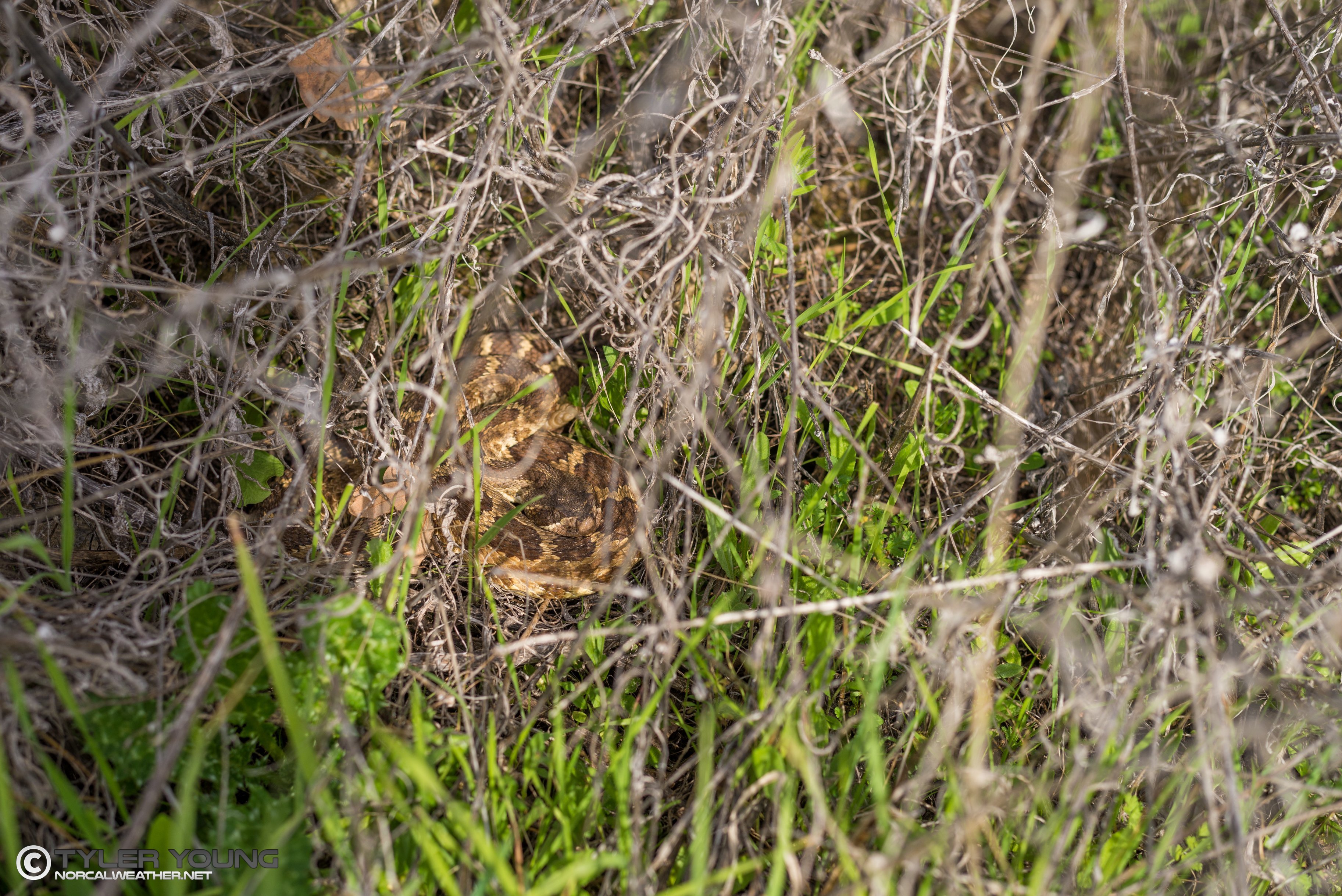 Between the blades of grass and crunchy weeds, you’ll notice a handsome rattlesnake soaking up some sun. This spot is approximately 8 feet from her den — an example of how close they tend to stay from their den.

Typically, the weather warms up enough for snakes to start leaving dens by March or April depending on how often storms find their way to California in the spring months. Even in the case we do get an occasional storm in the spring, snakes can leave their dens if the periods between storms are long and warm enough to make the snakes confident in their choice to wander away for the summer.

If you live on some property with large rock outcrops, these early season warm spells are an excellent time to carefully take a peek to see if you’ve got your own little population of snakes utilizing the rock outcrop to its extent. Or if you’d prefer to not have these guys on your property, you could have us swing by and take a peek at any suspected places of residence on your property.