Let’s face it, the past few weeks have been miserable to spend time outside without gasping for air, some water, and the nearest shade. Temperatures in excess of 100 degrees don’t create the most suitable environment for people or pets to be outside for long in the afternoon heat, and it’s during weeks like this we realize how nice it is to have the air conditioner cranking out comfortable air indoors. For snakes, it isn’t too much different. Contrary to popular belief: snakes don’t enjoy these hot temperatures. Hot weather can prove deadly for most living creatures, and snakes are no different. 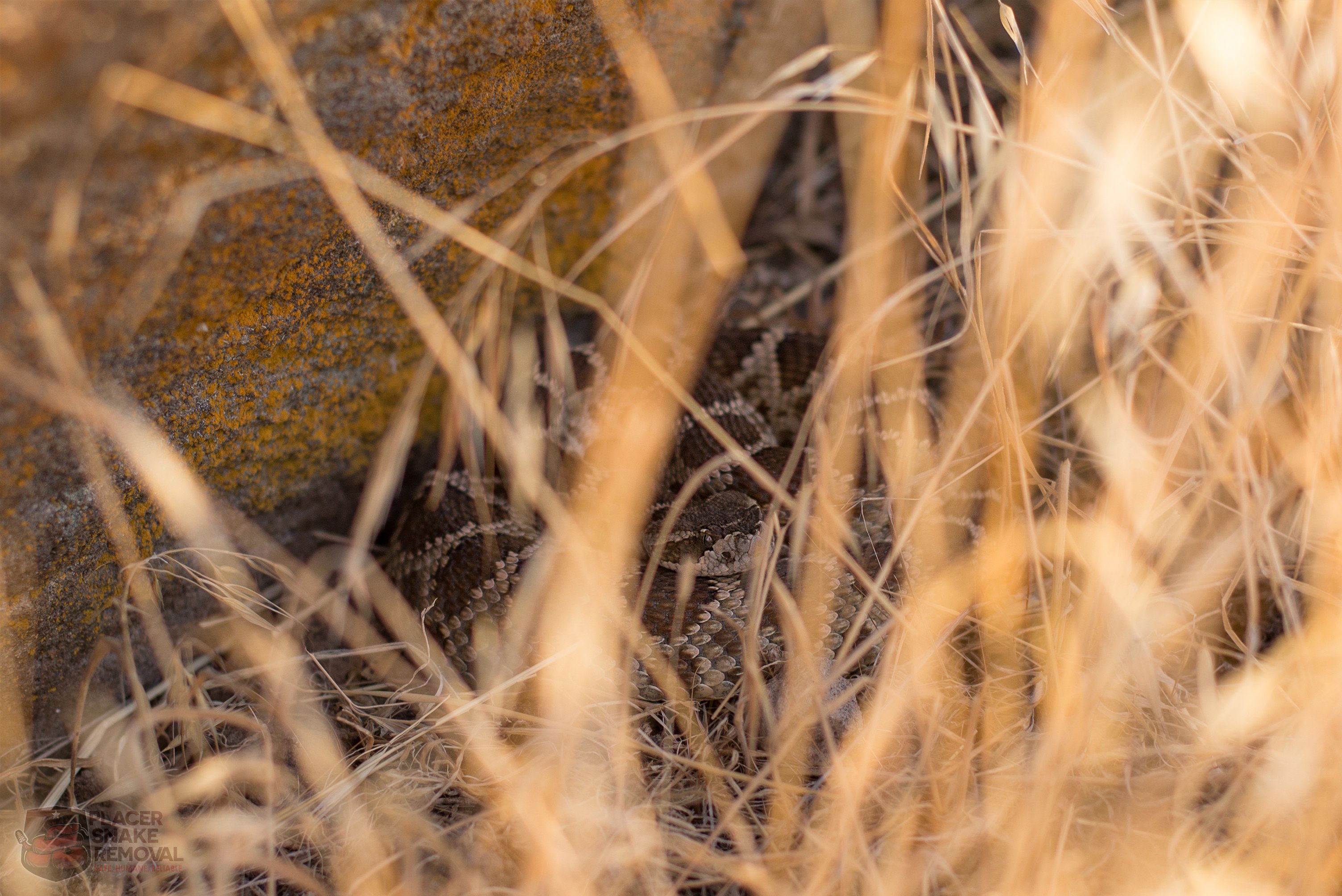 A rattlesnake found on the shady side of a bolder on an early evening in June.

Exposure to extreme temperatures can prove deadly quickly, and if a snake gets stuck in inadequate shelter during the hottest part of the day, it could fatally overheat. Even though snakes are cold-blooded, it doesn’t physically mean that their blood runs cold. It simply means they rely on an external source to keep their body warm — or in this case, cool. Because they can’t regulate their temperature naturally, if a snake is running hot, it’s only option is to seek shelter. Most snakes will utilize underground burrows or entrances under large rocks to escape the heat of the day.

The warm season is the only real active time our species of rattlesnake (along with most other snakes), so of course they’re going to want to hunt for a meal and find other places to use as shelter. During periods of very hot weather, they’ll primarily be preforming these activities from dusk to dawn while temperatures are cooler, but remain warm enough for them to move around. Occasionally, snakes may find themselves near homes when the sun rises and have to seek cover from the sweltering heat in garages, under decks, or other areas of shelter near homes. 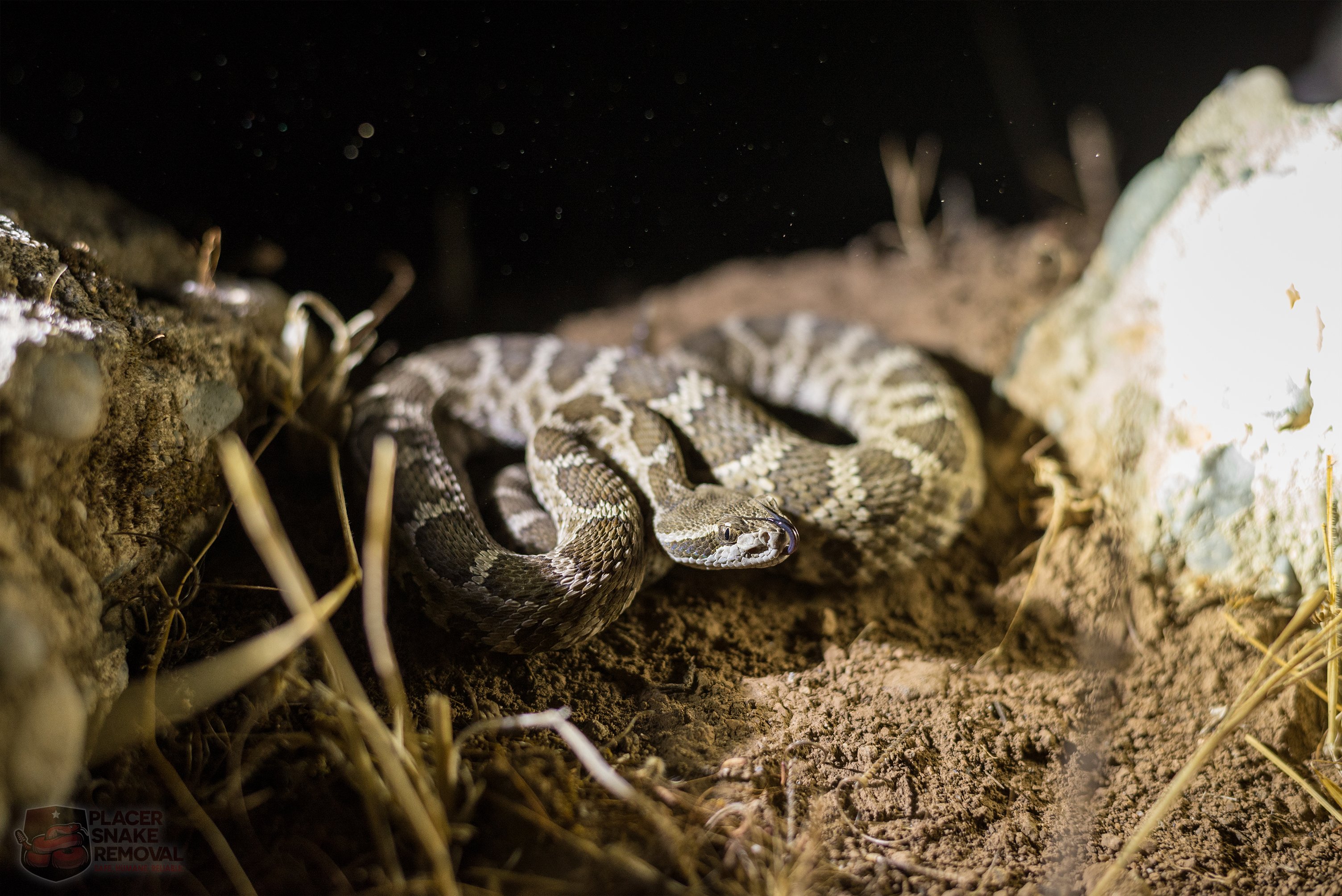 This small rattlesnake was found investigating a pile of concrete in the middle of a warm July night.

Since rodents thrive where humans live due to increased food supply, snakes can find themselves near human structures fairly frequently to hunt these critters who are also using the cover and cool of the night to scurry around. Most of the snakes we remove during heatwaves are in garages, while after nightfall people may find snakes in other places of their yard as temperatures fall and allow snakes to find different places to setup to snag a meal.

Once temperatures drop back to near “normal” (generally low-90s in the summer), snakes will be able to wander around a little more freely and choose from a wider variety of hiding places during the day, with most of their movement still occurring in the morning and evening hours. When the monsoon season really picks up later in the summer, increases in moisture and periodic bursts of cloud cover also help support a little increase in their activity as temperatures occasionally take a hit. If we’re lucky and get some light precipitation in the summer months from the monsoon or an ex-hurricane, this can really make snakes happy by 1). giving them a drink, & 2). cooling temperatures off further to allow them to move around even more to discover new hunting grounds or hiding spots. 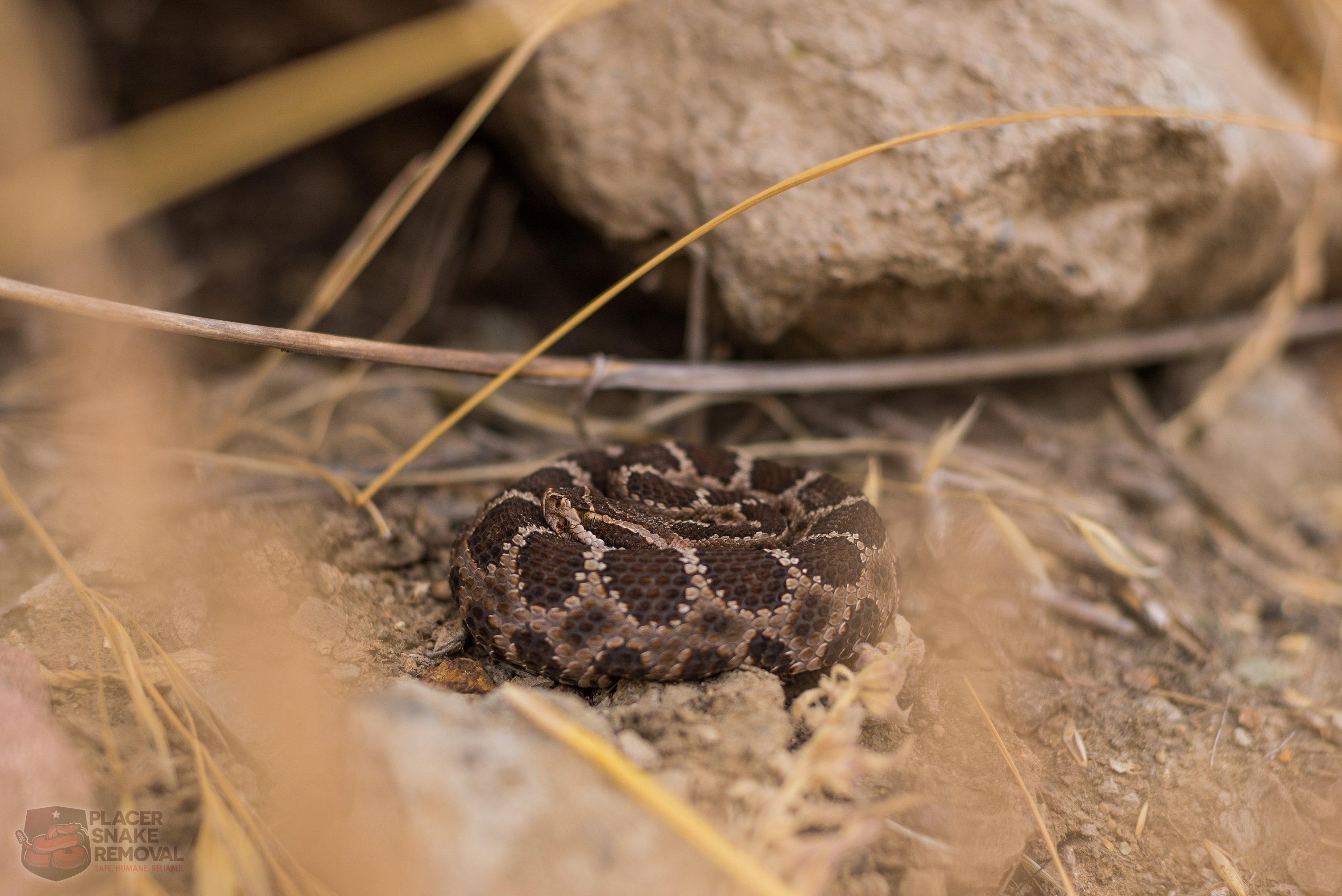 A juvenile rattlesnake found enjoying some August afternoon sprinkles from a nearby thunderstorm.

The amount of factors that affect snake behavior is never-ending and very much so intriguing. Weather that seems interesting and pleasant to us is likely just as interesting to them, and weather that appalls us likely appalls them. We’re sensitive beings. So are snakes. Isn’t that enough to bond a little over as we look at our outdoor thermometers from the safety of a cooled indoor environment and shiver in disapproval over the readings?

Is it Normal for Rattlesnakes to be out in February?