We’ve had a bit of rain and cooler temperatures as of late, however these cooler temperatures aren’t going to last long. Highs in the 80s and 90s return by mid to late-week this week, and may continue into the foreseeable future… which generally weather prediction wise the first or second week of October. However, there is long-range agreement that this dry & warm pattern could continue into most of the month, with a large ridge dominating the western U.S., while the eastern U.S. deals with cooler, more unsettled weather. 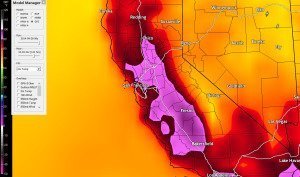 Forecast temperatures by the GFS (Global Forecast System, run by the NCEP/NOAA/NWS), for Wednesday afternoon, indicating 90s across a good chunk of the region.

Warmer, dryer weather like this will allow snakes to remain active, at least until we get some heavier rain and a good period of cold nights. The nights lately have been cool, but the days are warm enough to bring snakes out to the surface to warm up. Once the 80s and 90s return, I expect they’ll be out and about as usual, especially as overnight temperatures slowly increase, perhaps back into the 60s by later in the week. 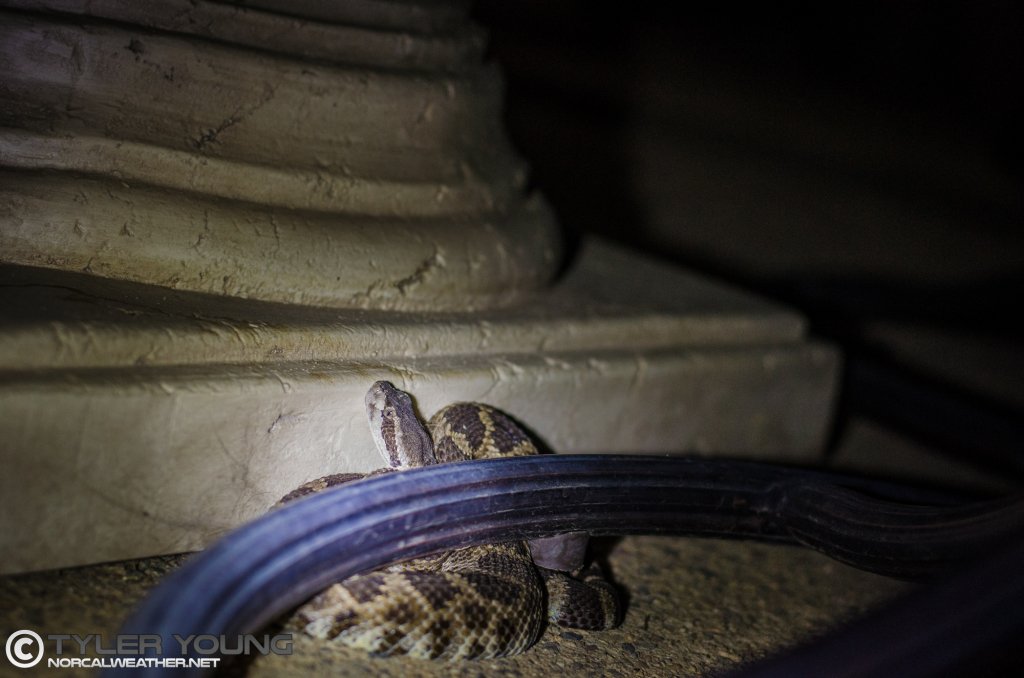 A rattlesnake I removed from a backyard patio in the late evening earlier in September.

Now that we’ve had a couple of storms, though weak, snakes may be (or already have) begun to realize their time for activity is nearing it’s end, though. They’ll likely be seeking dens over the next month or so, especially once our next storm, or set of storms approaches… but who knows when precisely that’ll be. Denning season in general isn’t a bit deal, but if you live near a den you may notice an increase in snakes returning to the area from their summer of wander around to seek out a mate and prey, and for some females a long summer of developing a clutch of little neonate rattlesnakes, or in some other species case, lay eggs. 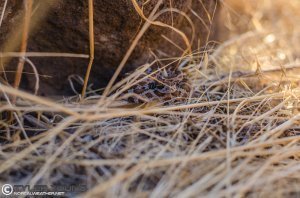 A neonate rattlesnake I found and photographed in early September.

So, to sum things up, just because things have been cool & a little wet as of late, don’t let yourself think that all the snakes are gone. Keep watching where you put those hands and feet for another few weeks!

For more on the potentially above-normao temperates slated for the first week or two (at least) of October, check out my other blog strictly for the weather at blog.norcalweather.net.