How The Coronavirus Pandemic Could (Indirectly) Impact Snakes

Home / Uncategorized / How The Coronavirus Pandemic Could (Indirectly) Impact Snakes

For many weeks, if not months, many Californians stayed home and many businesses closed to help slow the spread of the coronavirus (or more specifically, covid-19). The arrival of coronavirus and following shelter-in-place orders led to less vehicle traffic across the state, in addition to closures of state & some regional parks to avoid crowding of folks trying to get outdoors with the extra free time a fair amount of people ended up having. These two factors may have some interesting impacts on the rest of the snake season, with some impacts perhaps already beginning to occur.

The first factor is vehicle traffic. While there was still plenty of it, at times & in certain locations, the overall volume of vehicles dropped upwards of half (LA Times). The places this decrease was noticed most were along major highways/freeways. The decrease in vehicle traffic on freeways wouldn’t have a very significant impact on most rattlesnake populations as most of the decrease in vehicle traffic occurred in relatively urban areas (Sacramento for instance), where rattlesnakes very prevalent away from the American river (and perhaps the Sacramento river). However, one can presume the larger scale drop in relatively urban highway traffic could have trickled down to surface streets out in the suburbs and more rural areas by at least a small amount.

The timing of the drop in traffic also coincided with the emergence of rattlesnakes this spring. The drop in traffic likely had a fairly small impact on snakes in general, but it doesn’t seem or sound out of the question for overall road mortality rates of snakes crossing roadways to have locally dropped a small amount here and there. Something like this hasn’t happened before, so it could take some time to analyze any change(s) in numbers this spring compared to both prior and future years to come.

Some examples of roadways that can see surges in commute traffic that also cut through regions known to still be home to rattlesnakes include: Auburn Folsom Road, Folsom Bvld, Green Valley Road, Sierra College Bvld (north of Miners Ravine in Rocklin), and sections of Highway 49 (primarily near Auburn, Placerville, and Grass Valley). While these roads aren’t direct routes to work hub cities such as Sacramento or out in the Bay Area, they connect to I-80 & Hwy 50, and can often become swamped with traffic by folks looking to avoid the interstates. These are also only roads that are known to cut through regions with rattlesnake populations. There are significantly more roads that cut through areas that may not have rattlesnakes, but have many nonvenomous snakes that may have benefited from the decrease in work traffic. 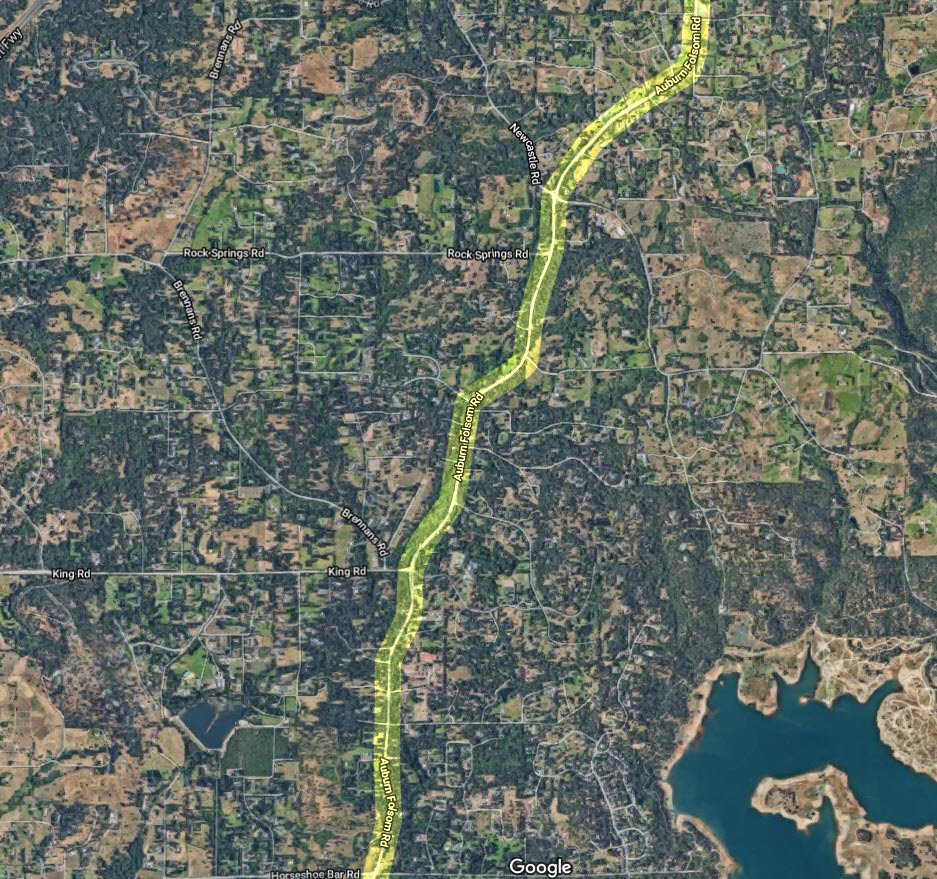 An impact that could be easier to analyze is the decreased number of folks visiting state parks. While folks can still access some of these state parks by foot or bike, the vast majority of visitors to many state parks enter in vehicles. With gates closed to many of our state parks from mid-March through April, and into May, snake populations in these areas may be under less stress compared to ‘normal’. An example state park with a notable rattlesnake population is Folsom Lake. The land around Folsom Lake is undeveloped and houses plenty of rattlesnake — and each spring, it is fairly common to hear about folks running into snakes all around the lake.

With a significant drop in people visiting the around the lake day-to-day for recreation amidst spring emergence of snakes, it is almost certainly allowing these snakes to travel a little more freely. Each year, quite a few snakes around the lake unfortunately meet their demise either purposely by folks not respecting them as another form of wildlife relying on the land surrounding Folsom Lake SRA, or purely by accident via vehicle/road mortality. This year, the lack of humans rushing the lake during the first several warm weeks of the 2020 snake season has likely allowed many snakes to accomplish a variety of spring tasks unhindered by the crowds of people accessing the area simultaneously. One task — perhaps the most important one — is finding a mate (or, mates). 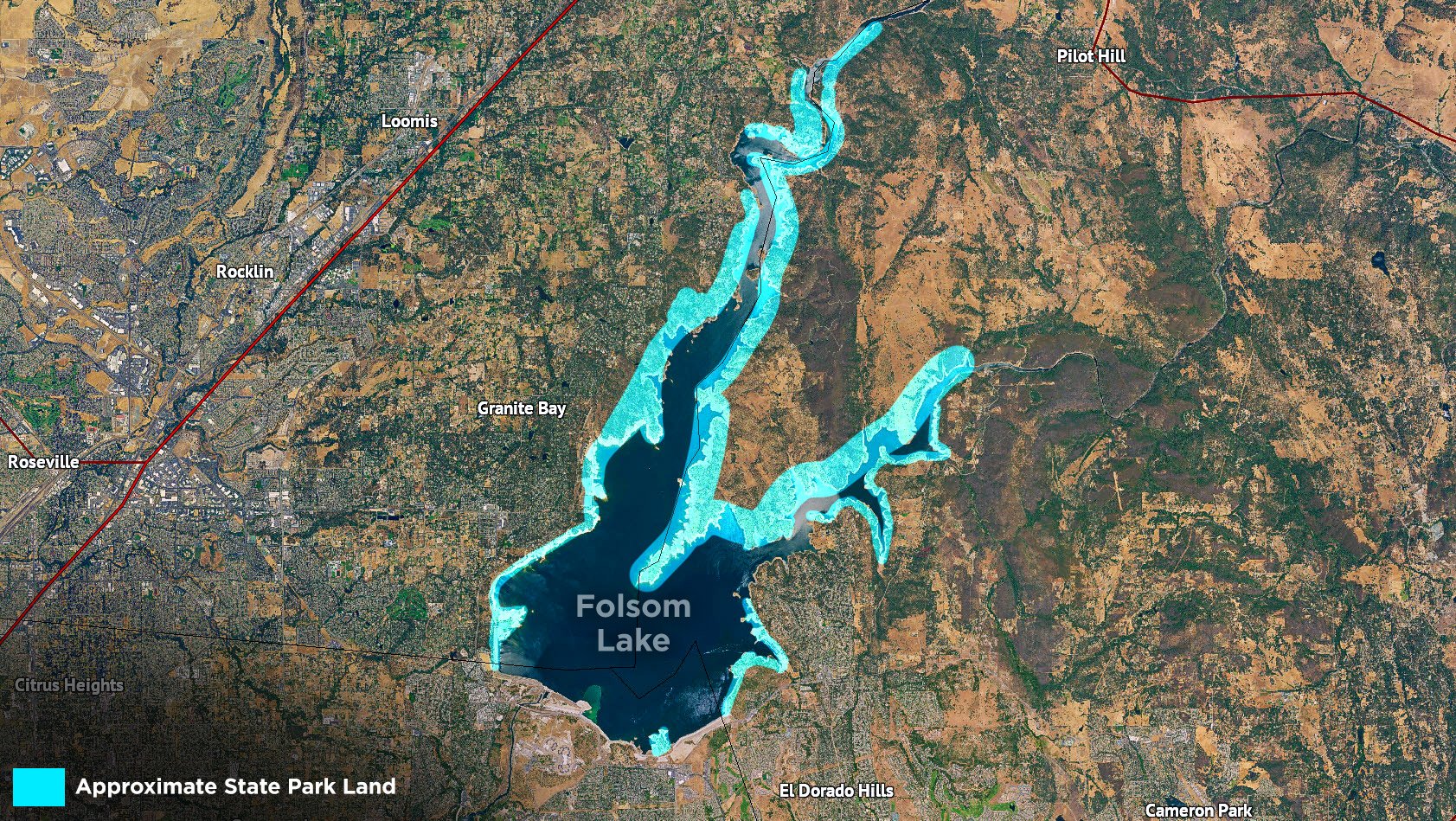 Much of the areal coverage of this approximation of state park land surrounding Folsom Lake is also inhabited by rattlesnakes. Entry into a notable chunk of this highlighted area is strictly monitored or prevented as of early May, especially across Placer county and the peninsula between forks of the American River.

Each year in spring, males search high and low looking for a misses (… or two) to work to ensure their genes keep rolling forward into the future. A lot of video footage and photos online of this and male rattlesnakes in combat is sourced from the area around Folsom Lake. So far here in early May in 2020 (in addition to April), generally the most common period to encounter snake love, it isn’t too easy to find media of this from state land given the closures. Usually there is a swarm of this content each year as people seeking to enjoy the first warm weeks of the year encounter snakes looking to do the same (but with company of a lover or two). 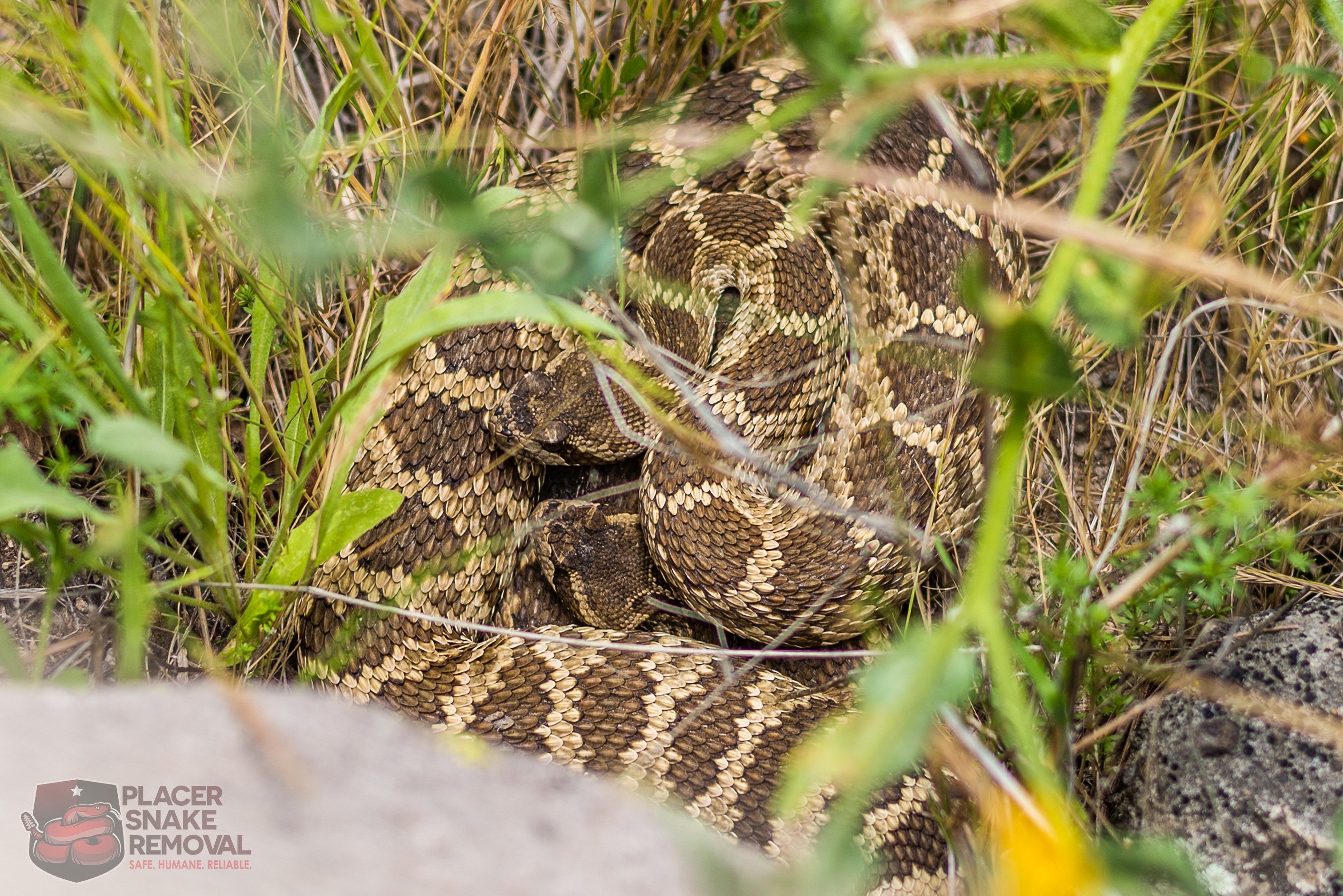 A pair of snakes engaged in lovey-dovey affairs in April.

It’s likely state parks will begin opening toward the end of May or perhaps sometime in June depending on how coronavirus spread rates are in the state over the coming weeks. By then, mating season will have came and gone. It’s difficult to know exactly how the large-scale decline in human activity in and around places where rattlesnakes exist will impact the animals, but some current theories include:

1). fewer males may be injured or killed traveling to seek mate(s).

2). perhaps some lower risk of injury or death of gravid females seeking shelter in June & July (only if state land remains closed in June/July).

3). the decrease in overall human-related animal stress on state park lands could allow animals to more easily/successful travel into areas where there are typically high volumes of people (closer to the water level for instance).

It will take the rest of this season to play out before we can begin to work through data and see if there was any sort of impact on our wild snake populations due to the pandemic affecting the world. At the very least, I’m sure a snake or two has pondered the drop in encounters of the two-legged creatures they try to avoid each year.